Catalogue of Bungalow in Spain

Nice Bungalow located in a quiet urbanization, 1,5km from…

In Torrevieja bordering Orihuela Costa is the well-known Punta…

Within Orihuela Costa there is a very quiet area…

In Orihuela Costa there is a perfect area to…

In Torrevieja and very close to Orihuela Costa there…

In Orihuela Costa we will find the well-known area…

In the heart of Playa Flamenca and just in…

In the heart of La Zenia a few minutes…

Between Torrevieja and Orihuela Costa we can find the…

In the heart of Orihuela Costa is La Regia,…

In the heart of Playa Flamenca next to the…

Within the Los Altos area is this urbanization called…

Punta Prima, Bungalow upstairs in front of the communal…

Favorable offer from the developer !! There are only…

Favorable offer from the developer !! There is only…

Popular
about Bungalow in Spain 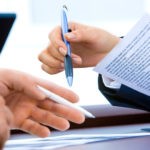 Why is it worth
buy Bungalow in Spain

Sale of bungalows in Spain

The sale of bungalows in Spain, is one of the main specialties of the company "Alegría". In our catalogue you will find bungalows for sale in Spain, both second hand, and new construction. The specialists of the company "Alegría", have extensive experience in the sale of bungalows in Spain, especially on the Costa Blanca. They will help you choose the best option, according to your requirements and budget. Bungalows in Spain are often advertised on websites, with names like: "country house", "chalet", "town house", "semi-detached house", or simply "house". For this reason, it is sometimes very difficult to find out what type of housing it is. Our specialists will be happy to help you explore the real estate market in Spain, and it will be a pleasure for them to answer all your questions related to buying and selling bungalows in Spain. They will help you find the best option for you, and carry out the buying and selling process.

Prices of bungalows in Spain

All reviews
Presentation of Alegría
Leave your contact information

Be the first to know about the best deals
Thank you for contacting! Expect communication with an Alegria specialist.

Кристина Лунева Юрист "Alegria",
исполнительный директор
We are 8 years old! We make gifts To celebrate our birthday *When buying a property (make the reservation) until 27.09 Learn more