Catalogue of Studio in Spain We will be in contact with you to answer all of your questions.

Popular
about Studio in Spain 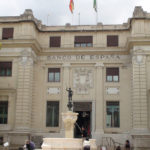 Why is it worth
buy Studio in Spain

Buy a studio in Spain

Sale of studios in Spain

You can easily buy cheap studio apartments in Spain, since the studio is, by definition, a type of affordable housing. Of course, in the Spanish real estate market there are luxury studios, but even so, most of the studios in Spain are small and affordable homes. If you are looking for cheap studios in Spain, pay attention to Torrevieja: the prices of studios here start from € 25,000. With a budget of € 35,000 to € 40,000, you will find a large selection of studios. It is possible to buy a cheap studio apartment in Spain in Torrevieja, in a new construction residential complex. For example, for € 35,000, you can buy a new studio of 32 square meters, 200 meters from the beach. In Benidorm and Alicante, you will also find a fairly wide selection of cheap studio apartments in Spain.

Prices of studios in Spain

All reviews
Presentation of Alegría

Be the first to know about the best deals
We invite you to the webinar
What happens next? - Property in Spain Vs. Coronavirus
Time 18:00 (Spain)
Date 17 of April
Register for the webinar
Thank you for contacting! Expect communication with an Alegria specialist.

ALEGRIA
Thank you! We will contact you to agree date and time.

To celebrate our birthday we have a special offer – 11% discount on new-built apartments in Alegria 10, Alegria 12, Alegria 14 residential complexes