Catalogue of Houses in Spain

MAGNIFICENT Sea-side townhouse With 260 sqm in the area…

Single-family house in the center of Torrent, 8 minutes…

The villa is located in Moraira in the Villotel…

Number of bedrooms: 4
Number of rooms: 5
SpainMoraira
Price reduced!
€ 299 000
VILLA NEAR THE CENTER OF MORAIRA FOR SALE

Beautiful villa walking to the beach and the town…

Detached villa on one floor with a plot of…

Villa for sale in Calpe, in an Enchinent area,…

House in the best area of Vedat de Torrent,…

SEMI-NEW TOWNHOUSE OF THE YEAR 2010 IN LORIGUILLA Two…

Modern villa located in the urbanization of Cumbre del…

Townhouse in Cabo de las Huertas. The house is…

Number of bedrooms: 4
Living space: 173 m2
Number of rooms: 5
Spainsan-juan-playa
€ 549 000
First line BEAUTIFUL VILLA WITH 3 FLOORS IN 1 LINE OF THE SEA IN VILLAJOYOSA

Incredible villa on the beach front line of Villajoyosa!…

Our pleasant Mediterranean climate allows us to enjoy the…

We offer this spacious semi-detached house with 198 m2…

Did you know that being in contact with nature…

Number of bedrooms: 4
Living space: 199 m2
Number of rooms: 5
SpainPuzol
€ 3 300 000
This Signature Villa is in one of the best plots in Las Colinas Golf [amp;] Country Club, overlooking the

This villa features an open space kitchen, dining and…

Popular
about Houses in Spain

Why is it worth
buy Houses in Spain

Buy a house in Spain

Sale of houses in Spain

The sale of houses in Spain, as well as the sale of homes in general, continues to grow, although not as quickly as before. Experts agree that this is a good sign: there is no longer the danger of a real estate bubble, and their situation is gradually stabilizing. According to the latest data from the National Institute of Statistics of Spain (INE), in the first quarter of 2019, the number of property transfers in the country increased by 3.7% compared to last year (133,989 transactions).

Prices of homes in Spain

How to buy a cheap house in Spain 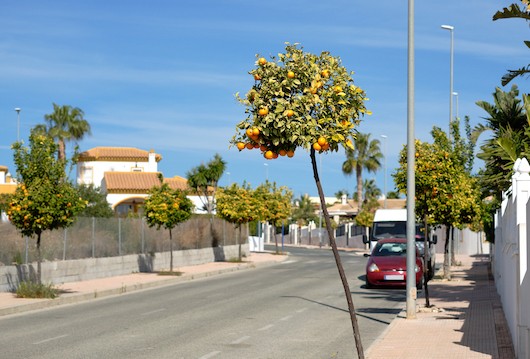 Where should I buy a house in Spain?

Where should I buy a house in Spain? The answer depends to a large extent on the purpose of buying a house in Spain: as a holiday home, for permanent residence, or to obtain a rental benefit. Although in the first two cases, the answer depends more on the personal preferences, requirements and budget of the buyer, in the latter case, they should study the market well and choose the most profitable option. Of course, most of the investment in housing in Spain falls on the larger cities, such as Barcelona and Madrid, and its surroundings. However, in terms of profitability, some coastal regions began to attain them: many foreign investors decide to buy a beach house in Spain, to rent it and get good profits. The average housing profitability in Spain is 5.4%. The highest positions, in terms of profitability, are occupied by Catalonia, the Valencian Community, Murcia and Madrid: 5.8%, 5.7%, 5.6% and 5.5% respectively. It should be noted that many cities on the Costa Blanca show high rates of profitability, such as Torrevieja (5.7%) and Santa Pola (5.6%). In Alicante and El Campello, the housing profitability is 5.2%, in Elche – 5.1%, in Benidorm – 5%. At the same time, the average prices of houses in Spain, in the Valencian Community, are much lower than, for example, in Catalonia or Madrid. Thus, according to data from May 2019, the average price of a house in Catalonia was € 2,359 per square meter, in Madrid € 2,462, and in the Valencia Community € 1,924. The average price of a house in Spain, in the province of Barcelona, was € 2528 per square meter, in the city of Barcelona – € 5269, in the province of Alicante – € 1930. The average price of houses in Spain, in Alicante city, is € 1562, the houses in Spain, in Torrevieja, are worth € 1896 per square meter, in Santa Pola – € 1566, in Elche – € 1158, and in Benidorm – € 2305.

All reviews
Presentation of Alegría
Leave your contact information

Be the first to know about the best deals
Thank you for contacting! Expect communication with an Alegria specialist.

Кристина Лунева Юрист "Alegria",
исполнительный директор
We are 8 years old! We make gifts To celebrate our birthday *When buying a property (make the reservation) until 27.09 Learn more