All articles
The consequences of Brexit for the Spanish real estate market
Share:

On January 31, 2020, the United Kingdom officially separated from the European Union, which generated many questions and uncertainties. In particular, can UK citizens continue to buy real estate in EU countries including Spain? What changes in this regard do sellers and buyers expect? What will be the consequences of Brexit 2020 for the real estate market in Spain?
Let’s talk about all this in this article.

The british: the largest foreign homebuyers in Spain

According to the Organization for Economic Cooperation and Development (OECD), in 2018 there was a record number of Britons who applied for the nationality of other EU countries: 75 000 citizens. There are no accurate official data for 2019 yet, but everything points out that it will be a higher figure, of at least 85 000 citizens.

At the same time, Spain is one of the most favourite immigration destinations by the British, and there are good reasons for this: the quality and cost of living; its wonderful weather, with plenty of sunny days; the services quality: all this attracts British citizens. According to statistics from the Spanish Ministry of Interior (2019 data), around 366 000 Britons permanently live in the country. This quantity represents 10% more than in 2018 and occupies the third position by nationality of foreigners in Spain. 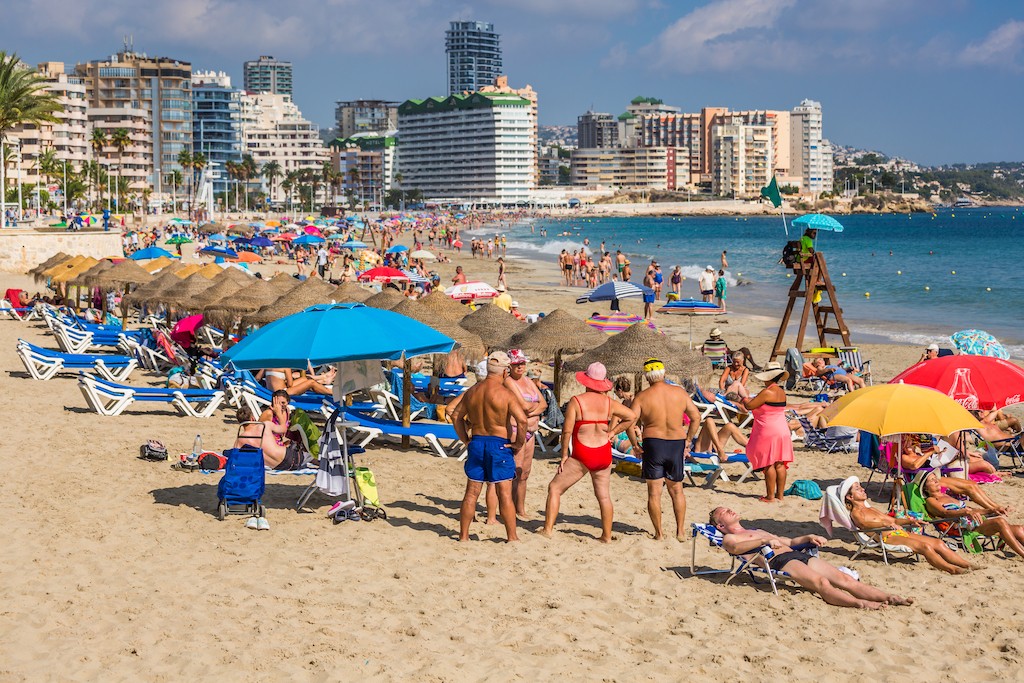 At the same time, a much larger number of Britons, between 800 000 to 1 000 000 according to several sources, are homeowners in Spain. British citizens account for 14% of the total sale of real estate in Spain. Even with the fact that their number has decreased in recent years due to Brexit expectations, the British have remained and remain the largest foreign group of real estate buyers in Spain.

Many of the British citizens who chose Spain to live, opted for the option of buying homes in this country, including luxury homes, which allows them to get the Golden Visa. The Spanish real estate market is in great demand among British buyers. Firstly, due to the affordable prices compared to other European countries. Secondly, due to its low mortgage rates.

In fact, even in the two main Spanish cities Madrid and Barcelona, ​​the most expensive cities of Spain, the real estate price is much lower than in other European capitals, such as Paris or Berlin.

Although Madrid and Barcelona remain the most attractive immigration destinations for the British, coastal areas, such as the Costa del Sol and the Costa Blanca are very popular. These two destinations attract the British, mainly due to their mild and sunny weather (winter here is like the British summer). As well as the proximity of the sea and its magnificent beaches, the relaxed lifestyle, the excellent cuisine and a lot of entertainment for all tastes and ages. In addition, the cost of housing here is more affordable than in Madrid and Barcelona.

Especially in this regard, the province of Alicante stands out, to which the Costa Blanca belongs. Housing prices here are more than competitive: an average of € 1576 per square meter (January 2020 data from the Idealista website). In addition, the weather, the infrastructure, its cuisine and the quality of the beaches stand out above the competition.

According to the land registry, the number of home purchase operations in 2017 in Spain by the British, fell by 9.4%. Although in 2018 it increased, in the third fiscal quarter of 2019 again a fall was registered. Official 2019 data is still unknown.
The weakening of the pound sterling, which led to a decrease in the purchasing power of British citizens, had a significant impact on the decline in the activity of British buyers.

The fall of the pound began in 2016, in the year of the referendum to decide whether the United Kingdom should continue or instead leave the EU. The British currency fell 13.6% against the euro and continued to fall, although not so sharply, from 2017 to 2019. The pound reached its minimum in 2019, (€ 1073), but then began to rise and ended the financial year with a growth rate of 6.26%. In addition, the pound continued to strengthen as the chances of holding a Brexit with favourable agreement increased.

Experts agree that the most difficult period associated with the weakening of the British currency and the fear of no-deal Brexit has been left behind, and the activity of UK buyers in the Spanish real estate market began to grow again. What will happen depends, first of all, on whether beneficial agreements will be reached between the United Kingdom and the EU: housing, medical care, taxation, as well as the mobility of British citizens. Remember that, although at midnight from January 31 to February 1, 2020, the United Kingdom officially ceased to be a member of the EU, it will remain a member of the European Economic Area until the end of this year. During this time, the necessary agreements will be reached, and new terms of collaboration will be established. Until that moment, it is impossible to determine exactly what consequences Brexit will have for the real estate market. Much will depend on the strength of the pound against the euro. Currently, its trend is favourable.

Experts also point out that, the real estate market situation is very conditioned to the economic circumstances. In this regard, it is emphasised that if the UK economy experiences difficulties, the purchasing power of the British will decrease, and this will lead to a further reduction in the number real estate buyers. According to IMF forecasts, this year the UK economy is stabilizing and will reach a growth rate of 1.4%, and 1.5% in 2021. Remember that, due to concerns about the possibility of a no-deal Brexit in 2018 and 2019, the UK economic growth rate fell to 1.3%.

Although very little is known about the possible agreements between the United Kingdom and the EU at this time, more than London and Brussels seem willing to exempt short-term visas (up to 90 days over a period of 180), and that the scope of the taxes in the area of the housing purchase by individuals, was not affected by the Brexit process.

However, there is not much good news regarding Britons who are not residents in Spain: for them, the income tax rate may increase from 19% to 24%, as for other non-EU residents. In addition, as citizens of third countries they may lose their privileges regarding inheritance tax. Which would mean that homeowners must pay this tax according to the tax rate set by the autonomous community where the highest value of their property is located. In addition, there are bonuses of up to 100% in this tax in many autonomous communities.

However, the vast majority of current forecasts are positive. Experts believe that the Spanish real estate market will remain attractive to British citizens due to its numerous advantages. Moreover, even if the pound weakens again (which is unlikely), the British will consider investing in a strong currency such as the euro, as well as real estate in EU countries, as a reliable asset and a profitable option.

Be the first to know about the best deals
We invite you to the webinar
What happens next? - Property in Spain Vs. Coronavirus
Time 18:00 (Spain)
Date 17 of April
Register for the webinar
Thank you for contacting! Expect communication with an Alegria specialist.